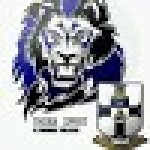 Biodiversity Sri Lanka (BSL), in collaboration with its Patron Member, Tokyo Cement Company (Lanka) PLC, recently organized a learning event titled ‘Wetland Biodiversity: Why it Matters’, to commemorate this year’s World Wetlands Day. Wetlands are rich in biodiversity and are a habitat for a dense variety of plant and animal species. The latest estimates show a global decline of biodiversity, with wetlands disappearing three times faster than forests. Sri Lanka boasts of 6 Ramsar Wetlands whilst Colombo was designated as a Ramsar Wetland City in 2018.

World Wetlands Day is celebrated on the 2 February each year, to raise global awareness on the vital role of wetlands for people and our planet. This day also marks the date of the adoption of the Convention on Wetlands – 2 February 1971 – in the Iranian city of Ramsar on the shores of the Caspian Sea. At the event, the importance of conserving the rich biodiversity of our wetlands and their value in terms of economic and socio/cultural usage, was explained to an audience largely comprised of BSL’s members.

Dr. Sampath Seneviratne, Research Scientist and Senior Lecturer from the University of Colombo providing an introduction to wetlands and their uses, explained that wetlands are often referred to as the earth’s ‘kidneys’, because they provide the same functions, absorbing wastes from the environment such as excessive nitrogen and phosphorous. When excess amounts of such nutrient loadings flow into waterways, harmful algal blooms, hypoxia, and fish kills can occur, disturbing the delicate balance of these fragile ecosystems. Dr. Seneviratne went on to explain that wetlands have significant ecological and economic values because of their function in ecosystems and their watersheds. These systems store a total of 11.52 pentagrams of carbon which is equivalent roughly to 4 years of annual carbon emissions by the nation. Freshwater inland wetlands store nearly 10 times more carbon than tidal saltwater sites on a national basis, due to the sheer extent of freshwater inland wetlands on the landscape. According to research, wetlands are home to a rich abundance of animal and plant life. Nearly over 100,000 freshwater species have been identified in wetlands and that is 30% of all known fish species. Wetlands are key contributors, supplying a broad range of wild and cultivated food sources such as fish (including shellfish), certain mammals, plants (rice, seaweeds, a range of leafy vegetables, fruits, and nuts, etc.), reptiles, amphibians, insects and other arthropods, snails and more. Today over one billion people – largely in developing countries – rely on wetlands, making a living from these unique ecosystems.

Arjan Rajasuriya – Coordinator of the Coastal and Marine Programme of IUCN Sri Lanka, presented a technical overview of the status and management of Sri Lanka’s wetlands, highlighting facts on mangrove management in inter-tidal estuaries and lagoons. He enlightened the audience on the uniqueness of Sri Lanka’s mangrove ecosystems and how they differ from location to location around the island’s coastal zone, focusing also on the importance and fragility of coral reefs. Among the threats to Sri Lanka’s wetlands are excessive extraction activities, mismanagement and lack of adequate monitoring by government authorities. The lack of awareness amongst the public on these important ecosystems also plays a detrimental role. Nevertheless, he also mentioned that new and innovative solutions are being applied by various stakeholders in the country to save and conserve the wetlands of Sri Lanka, and that the private sector’s support towards these initiatives have been recognized to be significant and praiseworthy.

Ishanda Seneviratne – Environmentalist from Jetwing Hotels, presented a case study on the ‘Biodiversity in Man-made Wetlands’, based on the impressive work being carried out by Jetwing Vil Uyana, Jetwing Kaduruketha and Jetwing St. Andrew’s. The development and conservation of man-made wetlands in these locations have led to thriving populations of unique species like the Slender Loris, the Eurasian Otter, the Fishing Cat, numerous species of frogs, birds and insects in addition to unique plant species. As a corporate entity dedicated to the conservation of biodiversity as a part of its core business, Jetwing Hotels is implementing several valuable initiatives across the island.

Salinda Kandapola – Corporate Sustainability Manager of Tokyo Cement Company (Lanka) PLC elaborated on the work being carried out by his company to restore the mangrove ecosystems in and around Cod Bay in Trincomalee. ‘Before’ and ‘after’ conservation efforts were demonstrated, highlighting success rates and changes observed over a ten-year period in ecosystem dynamics. He detailed the roll out of the project in order to support effective restoration methods for the information of members. Tokyo Cement has also established a mangrove nursery and is now able to support other mangrove restoration projects around the country, upon request. The commitment of the higher management of the company towards this cause, has helped the Company to put into practice the required expertise and know how, which is demonstrated by the high success rate of the project unlike frequently observed failures in mangrove restoration efforts.

The event’s proceedings benefited all participants, consisting of members of the public, private, academic and non-governmental sectors.

Biodiversity Sri Lanka: Biodiversity Sri Lanka (BSL) is a national platform entirely owned and driven by the private sector, established to promote strong engagement of the corporate sector in biodiversity and environmental conservation in Sri Lanka. BSL actively promotes strong leadership of the private sector in the areas of biodiversity and environmental conservation, through the provision of technical support, sharing of information, knowledge and experience, the promotion of best practices through active learning and understanding mechanisms and by initiating and facilitating dialogue between State and civil society partners and the private sector, advocating biodiversity-friendly policies and positive instruments that campaign for the conservation of Sri Lanka’s fragile environment. BSL’s overall mandate is to help raise awareness on biodiversity and sustainability issues amongst the Sri Lankan business community. Working to assist companies in understanding biodiversity and related issues, as well as to mainstream it into their core businesses, BSL has the ultimate aim of ensuring that a majority of Sri Lankan companies will eventually be on a sustainable ecological footing with vastly reduced negative impacts on our biodiversity.

Construction Expo 2021 to be held in July

Beauty in Fitness: Why Being Fit Means Being Beautiful